Letters of Recommendation From Former Colleagues

WHAT PEOPLE SAY ABOUT INGECARE

“Hello, I have been at several assisted living places in the area and I’m so glad we finally found Inge. I enjoy living in a home where I feel safe and the people here are so kind. It makes a big difference when those that are helping me genuinely care about me.  Being with Inge not only makes my life better but also eases the responsibilities on my family. I especially enjoyed our outing to the Grand Canyon and look forward to weekly trips to Sonic for milkshakes with my daughter.”

Inge literally saved my mother’s life (and subsequently my own) ….

Inge literally saved my mother's life (and subsequently my own) ....

I have known Inge for over 6 years.

My mother was in an assisted home in North Carolina while I relocated to Arizona.
We eventually moved her here with us at home and soon discovered how much she had regressed.

She was having 72-hour manic episodes with hallucinations which we eventually discovered
was due to over prescribed medications by a psychiatrist in North Carolina. After trying
to cope with her care for over a year I realized we had to seek out a caretaker as
her condition was far above my ability to manage.

We tried two homes in the area which did not help with her condition, and quite frankly were not interested in helping.
We had heard about this “wonderful German lady in the Valley” and that’s when we sought out and eventually found Inge.

Through the help of a local psychiatrist, general physician, and Inge’s Holistic approach, they were all able to
work together to get my mother off these medications, healthy again, and back to normal.

The difference in her condition from when she first arrived and after working with Inge is nothing short of a miracle.
If Inge had not had the skills, dedication and caring/loving personality that she does, this never would have taken place.

I can now travel for work out of town for weeks at a time, knowing that my mother is healthy again and in good hands.
I visit her now twice/week and take her out on errands. Inge has given me my mother back.

I cannot say enough about this woman.
She has helped my family more than I can ever express. 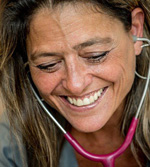 “I’ve been with Inge since the start of IngeCare as her resident nurse and have worked in many medical facilities, along with elder care homes. Inge stands out as the best facilitator I’ve had the pleasure to work with. We’ve all heard stories of poorly run elder care homes (I’ve seen them), please rest assured you’ve found a place where this just can’t happen. Aside from being an extremely well trained, experienced care giver, Inge is truly devoted to the well being of her seniors, which is the rare quality everyone should look for first and foremost.”